THE LINDKVIST FAMILY STARTED BUILDING BOATS IN 1920’S, when Sivert Lindkvist mastered the art of boat building and started to craft boats also for demand. With fresh vision and passionate inspiration, each generation has been keen to save the traditional craftsmanship as well as acquire modern skills about boat construction and company development. As Simon Lindkvist, the fourth generation boat builder and company leader, the company strives to continue providing premium handcrafted boats with top notch design and superior technical qualities. As a privately owned family company, we stand behind our products and devotion to build boats to last a lifetime.

THE HISTORY AND HERITAGE OF NORD STAR BOATMAKING

The basic concept of Linex-Boat Oy, nourished in the company by the Lindkvist family, is traditional Central-Ostrobothnian quality combined with a modern production-oriented thinking.

Sivert Lindkvist started building wooden fishing- and workboats in the 1920s. When his sons Rude and Sven came along, they started to make leisure boats using also fiberglass as a material.

The Lindkvists have built over 4000 GRP-boats in the 6–15 m class, including leisure-, work-, official- and lifeboats. The present Nord Star collection embodies the entire know-how accumulated by the family over the years. The modern production facilities of Linex Boat, the modern molding techniques and motivated personnel make Nord Star Patrol a strong and stylish boat for the demanding customer.

Kokkola, like all of the Swedish-speaking coastal areas of Ostrobothnia, has for centuries been an area for ship and boat construction. From these parts of Finland, the peasants left sailing for Stockholm, and from there they left for the oceans of the world, as craftsmen on schooners and frigates.

The people that live on the coast have learned to coexist with the sea. Many fishermen built their own fishing boats, and as their knowledge in boatbuilding grew, so did their reputation as skilled boat builders. This happened to Sivert Lindkvist, who had a reputation of being a skillful constructor. He was asked to make boats for others and from there on decided to do only this.

SIVERT’S LEGACY AND THE THRILL OF SPEED

Sivert’s knowledge was passed on to his son Rude, but boys will be boys, and as well as boatbuilding Rude was interested in speed. Rude was very fond of racing with boats and for this reason he specialized in fast boats.

Nowadays when you see an old wooden boat “snipa”, from which you can hear the familiar sound of an old Olympia motor, it almost brings a tear to one’s eye. ”The fact that you still see these boats, built decades ago, is a reassurance of the profound care with which these boats are built and maintained here”, says Olli Lindkvist, Chairman of the Board of Linex Boat Oy, and the son of Rude. Olli began boatbuilding in the fiberglass era. Now, the the next generation Simon Lindkvist will look back and remember how their fathers built boats out of fiberglass while developing new models and production technology. 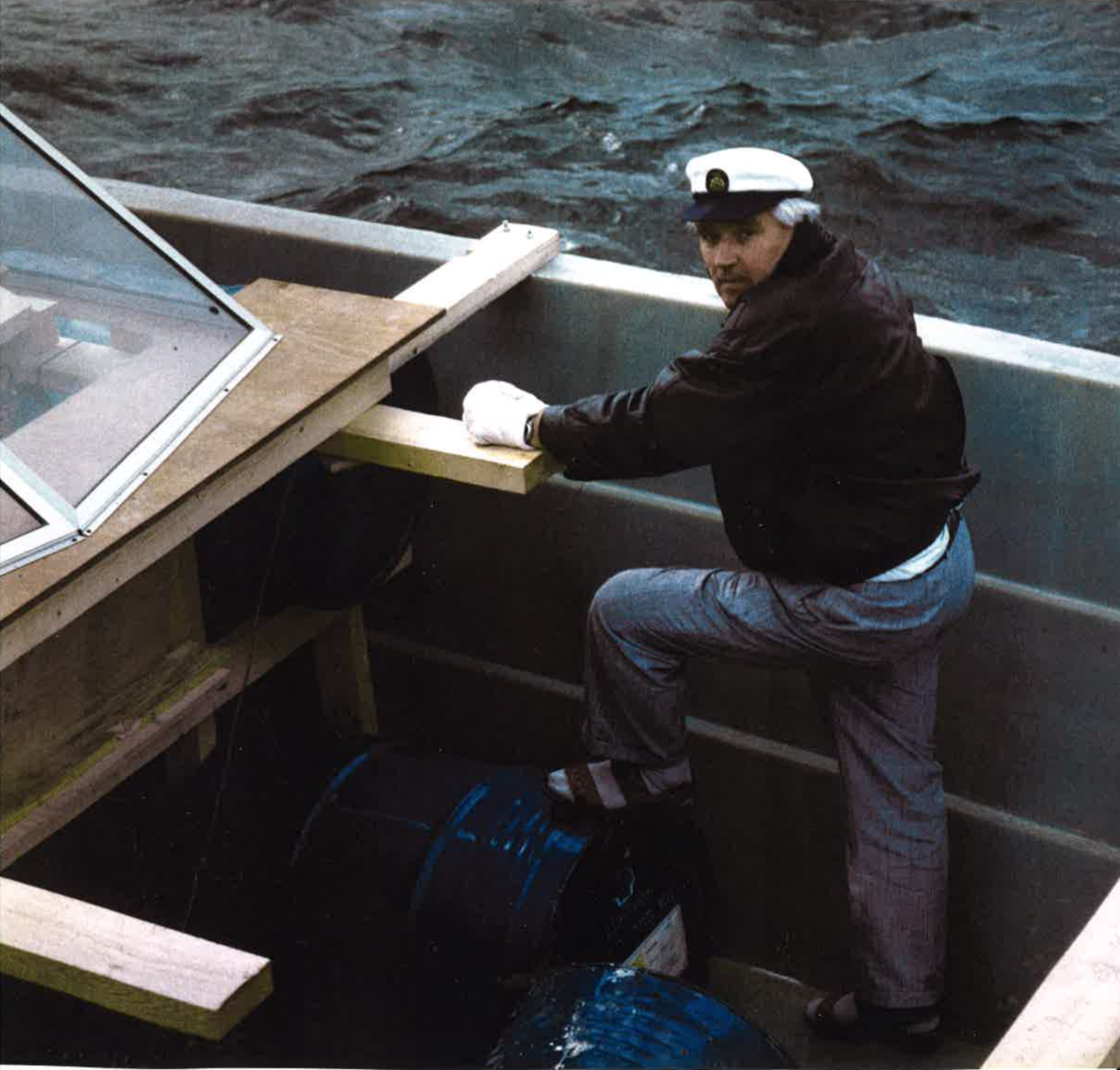 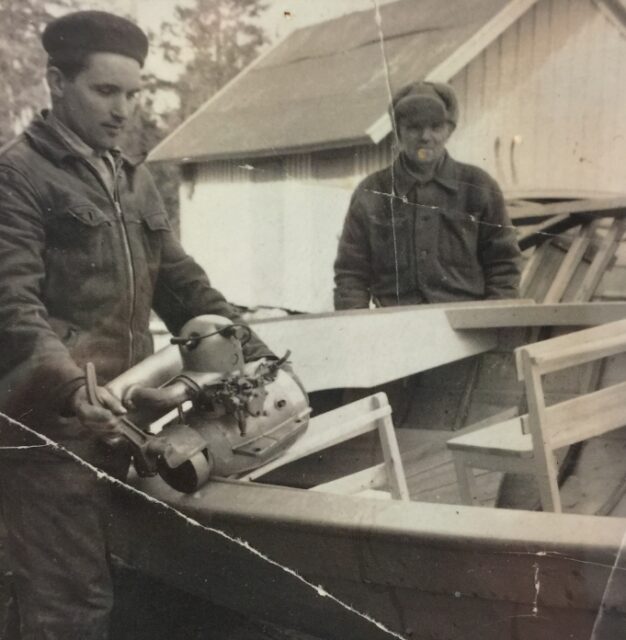 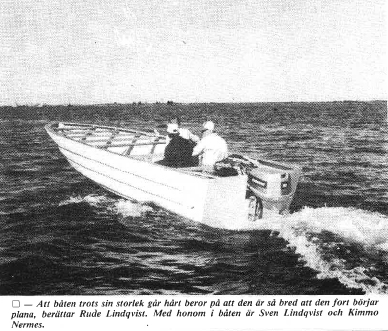 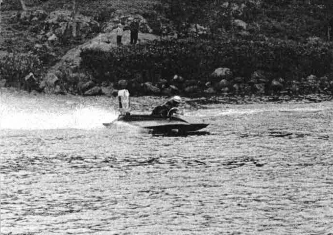 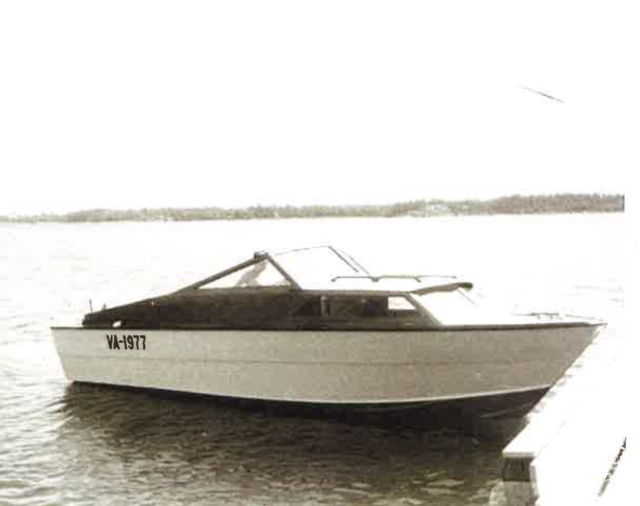 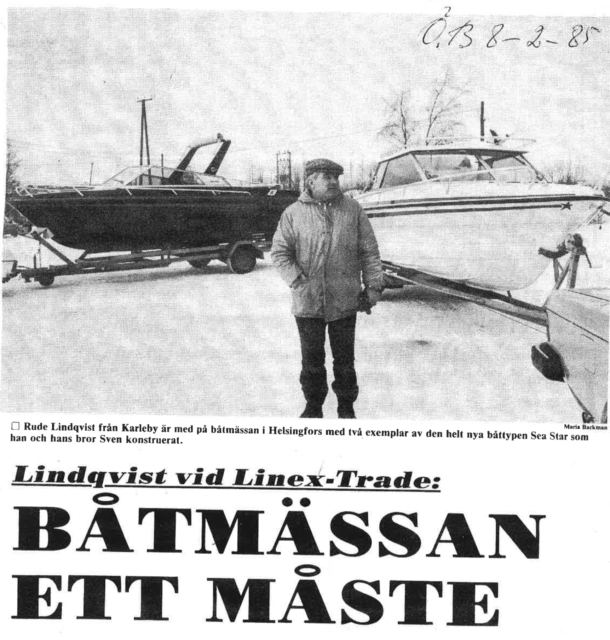 The company starts the production of Waterman lifeboats.

The manufacture of the Nord Star molds starts. 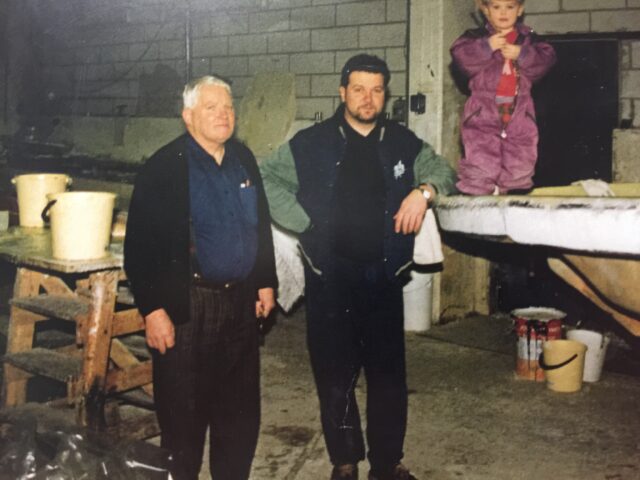 Linex-Boat starts to conquer the world – the first Nord Star boat is sold in Sweden. 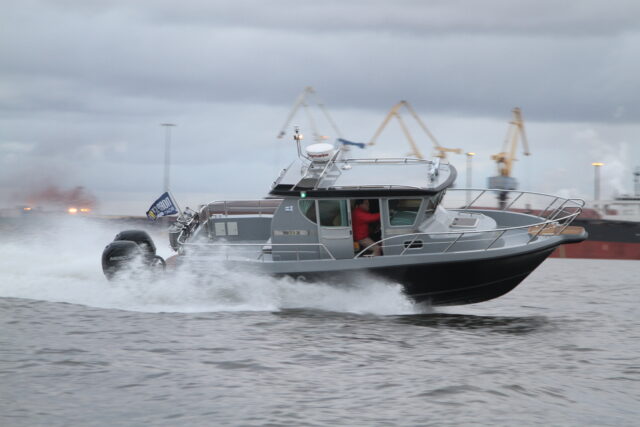 Simon joins the team as a boat designer.

The first outboard models in the Nord Star range. 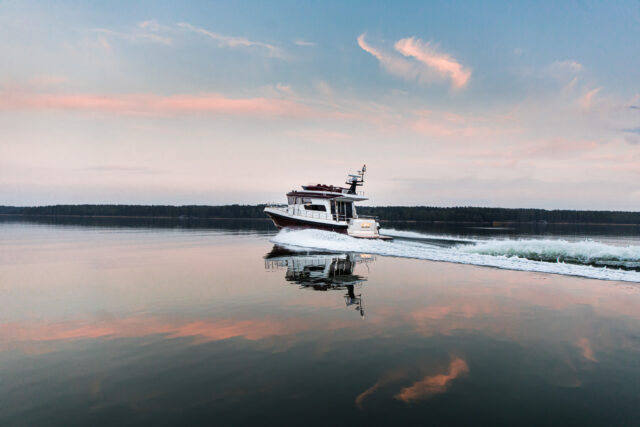 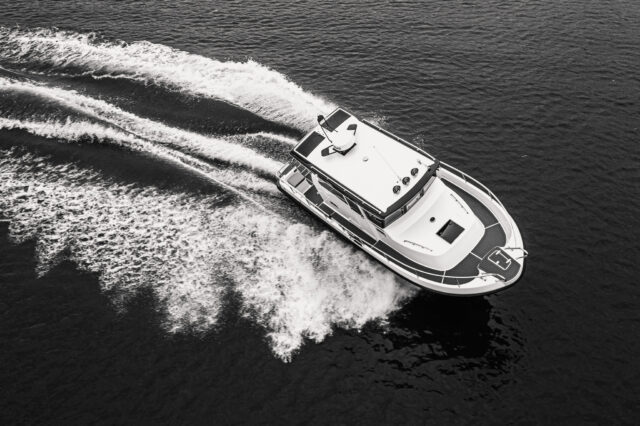 The modernization of the model range continues, model 31+ is launched. 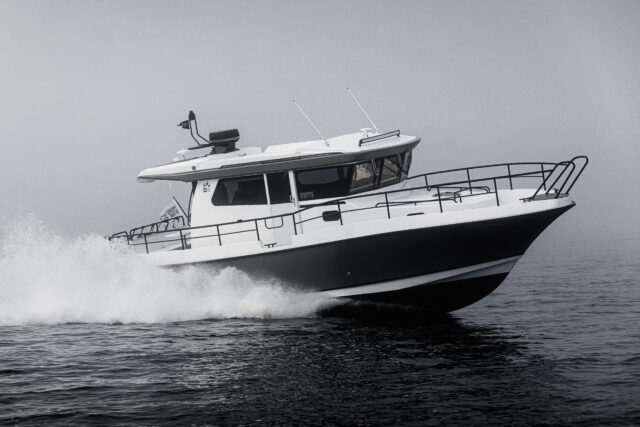 Launch of the new models 33+ and 42+, new international distributors. 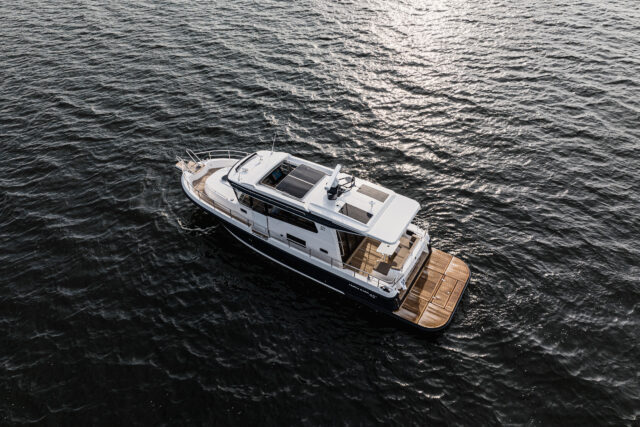 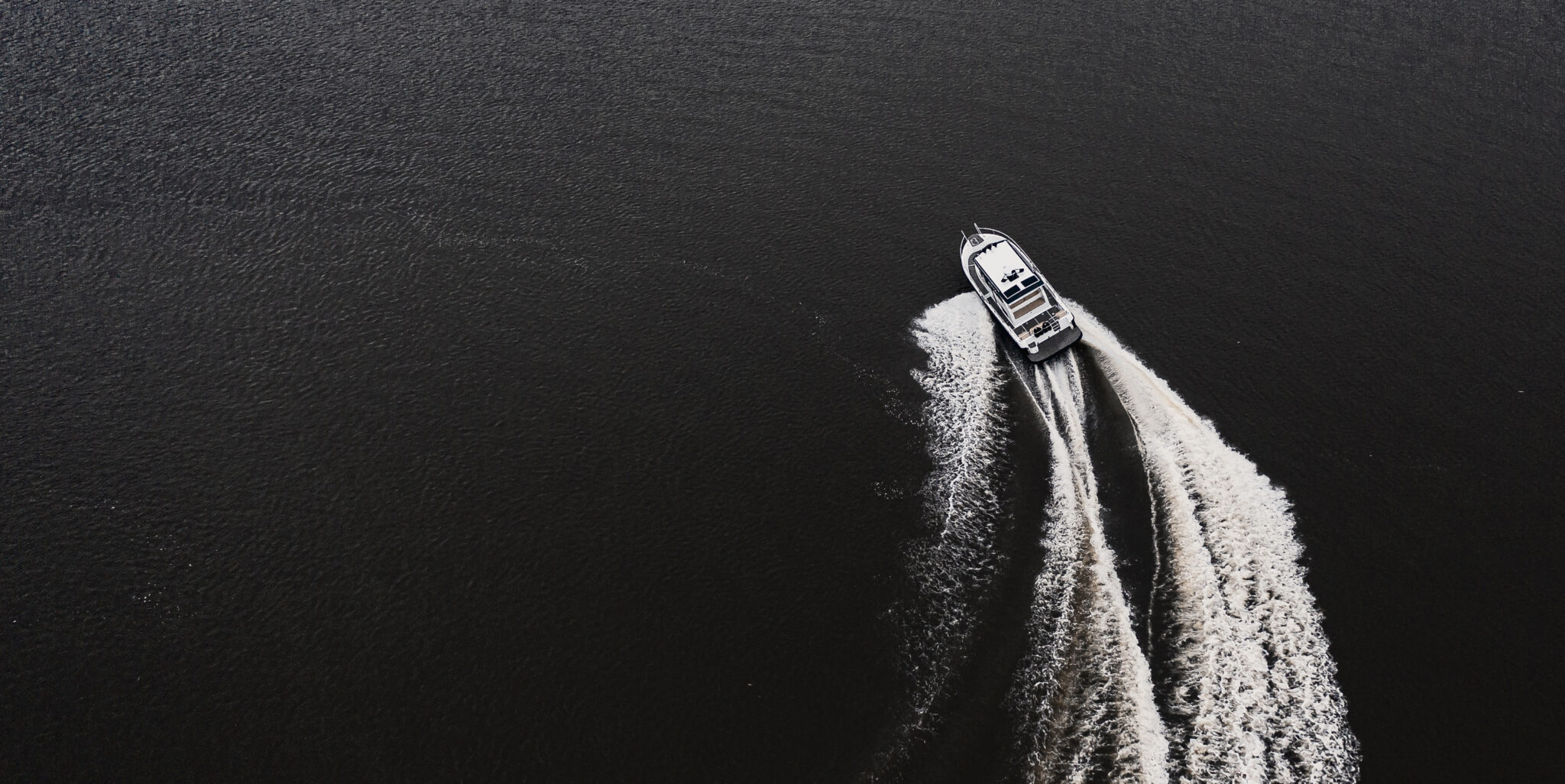